NO ONE HAS SET FOOT ON EARTH IN CENTURIES – UNTIL NOW.

Ever since a devastating nuclear war, humanity has lived on spaceships far above Earth’s radioactive surface. Now, one hundred juvenile delinquents – considered expendable by society – are being sent on a dangerous mission: to recolonize the planet. It could be their second chance at life… or it could be a suicide mission.

Clark was arrested for treason, though she’s haunted by the memory of what she really did. Wells, the chancellor’s son, came to Earth for the girl he loves – but will she ever forgive him? Reckless Bellamy fought his way onto the transport pod to protect his sister, the other half of the only pair of siblings in the universe. And Glass managed to escape back onto the ship, only to find that life there is just as dangerous as she feared it would be on Earth.

Confronted with a savage land and haunted by secrets from their pasts, the hundred must fight to survive. They were never meant to be heroes, but they may be mankind’s last hope.

“The show was much better than the book!” – I never thought I’d ever say these words but yes guys, this is my verdict! But for now, let’s focus on why I said those words regarding this book instead of comparing it with the show (I promise to try!).

Actually, the premise of the book is interesting and has so much potential. Earth was destroyed by a nuclear explosion and mankind was bound to oblivion. But there was hope after all, there were lucky survivors who managed to escape earth and has been living in space for 97 years. Unfortunately, luck runs out and they’re facing yet again an impending doom– the stronghold that they have in space is damaged,  oxygen supply is running low and mankind is once again threatened to be eradicated. In order for the human race to survive, they have to get back to earth. Unsure if radiation levels are already survivable they send 100 juvenile delinquents to test it, blind to the probability that Earth could be holding other dangers. It is the kind of science fiction/post-apocalyptic-themed novels that is destined for greatness. However, the book seemed not able to utilize that “scientific greatness” but instead focuses on the impending “romantic developments” of almost ever character!

Okay now let’s talk about the characters! The story was told from four POV’s of young adult characters so prepare to expect stupid decisions that are based on things like love. To be honest, there wasn’t much character development and most of the time they are annoying. From the four characters, I think I can only stand that of Bellamy’s point of view. He has devoted his life in making sure his sister is protected, well-fed and alive even if it means getting himself killed, which by the way is kind of stupid because how could he go on protecting his sister if he gets himself killed right? Anyways, I think it’s also because his character is coming from someone who has suffered so much and so different from the other three.

Then we have Clarke and Glass, two privileged girls who has struggles of their own. Clarke being a daughter of the two best scientists who were punished by death because of an “experiment”. She got into prison because she was said to be an accessory to the crime her parents did. She blames her boyfriend for the death of her parents because he was the only one who knew about the experiment and since he is the good son of the Chancellor, it is only rational for him to tell it to his dad. She felt betrayed and so he hated Wells for all eternity. Glass on the other hand was acting like one of those rich girls until she met Luke and voila her perspective in life has changed. She began breaking the rules and got herself into prison and did something so horrible to save the love of her life from confinement and death.

And of course, Wells, the ex-boyfriend/son of the chancellor who basically decided to harm the entire human race to save Clarke, the girl he loves so much he’s willing to kill the rest of humanity!

And that kids, is what a selfish bastard is like. Straight to the heart please Katniss!

To sum it all up, this book has the potential but I’m afraid it’s losing it! As a reader, the way the story was told lacks so much. There was just too much attention in the romance thing and I think that did the damage for me. There wasn’t much adrenaline-pumping action in it nor much of the scientific stuff that I really look forward into most sci-fi themed books. Also, if its aim was to focus on the fight for survival of the human species then I think it has more to improve on that part. It is slow-paced in which if you have seen the TV show, this entire first book of the series is like the pilot episode only. But actually, the TV show and the book attacked this idea in entirely different way. Most of the characters in the show isn’t in the book, the background stories of the characters and the situations are so different. Rest assured, you won’t get spoiled if you read it or watch it first. But in my honest opinion, I believe that the show gave more justice to the premise of the story. I have read the second book and I must say that it was much better than this first one but it wasn’t enough to change my thoughts about this series.

) the way everything was dealt with the book and the show. After all its too different mediums and in this case, they literally dealt with idea in an entirely different way! But I just hate it when the romance gets in the way in stories that aren’t meant to be a romance genre so that is why I liked the TV show adaptation more than this book. 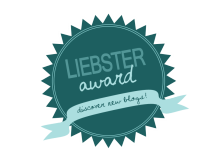 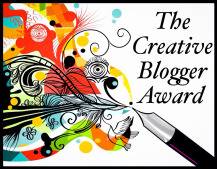